Preparing for my husband and I's wedding was perhaps the most craft intensive five months of my life. This of course, was because I set a goal that all decor (including invitations) needed to be done by hand, preferably out of reusable materials that I already had in possession (minus balloons). It was a great challenge, and with the help of many friendly hands, was made possible.

I wore my mother's wedding dress with a few alterations, including shortened sleeves and length. Extra lace from the sleeves of the dress combined with left over green material, were made into a bow-tie and complimenting hair-bow. 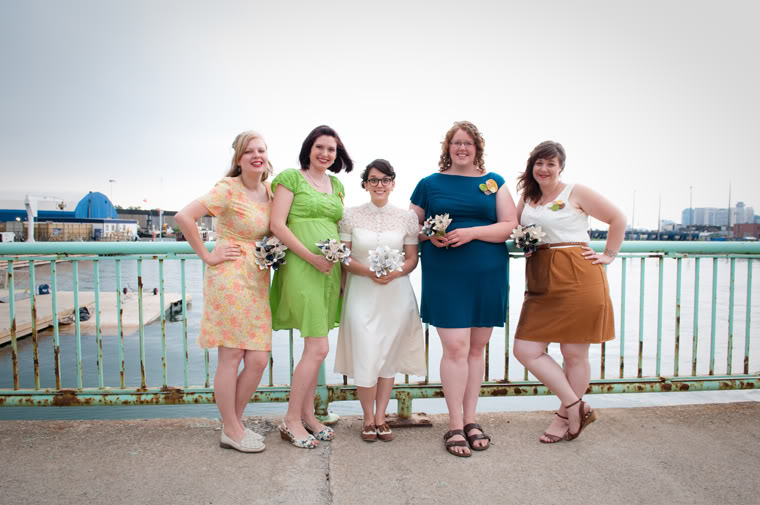 Our bouquets were all made from a hymnal and old National Geographic magazines using an origami flower tutorial something like this. I then put the flowers on skewer sticks, wrapped the stems in green fabric, and topped them with a button. 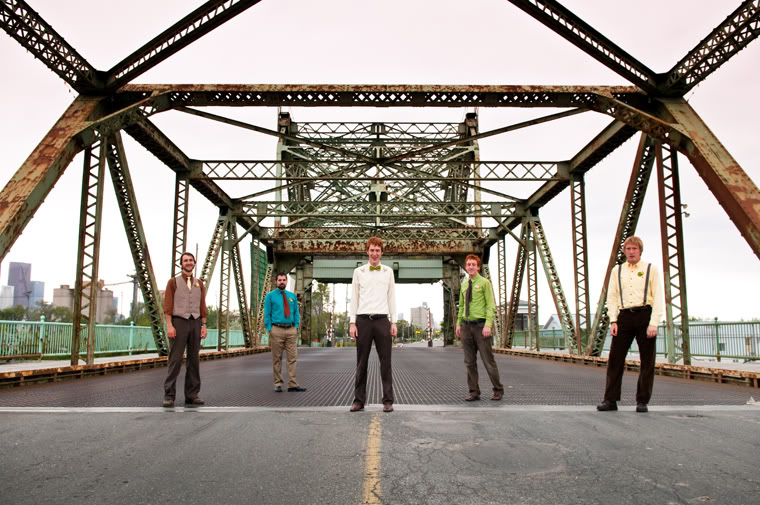 I was very pleased that we found almost everything the wedding party wore second-hand, despite the ambitious colour choices. The groomsmens' belts were made from bicycle tires and spokes by one of my husband's friends who works at Recycle Cycles. Neat, eh? 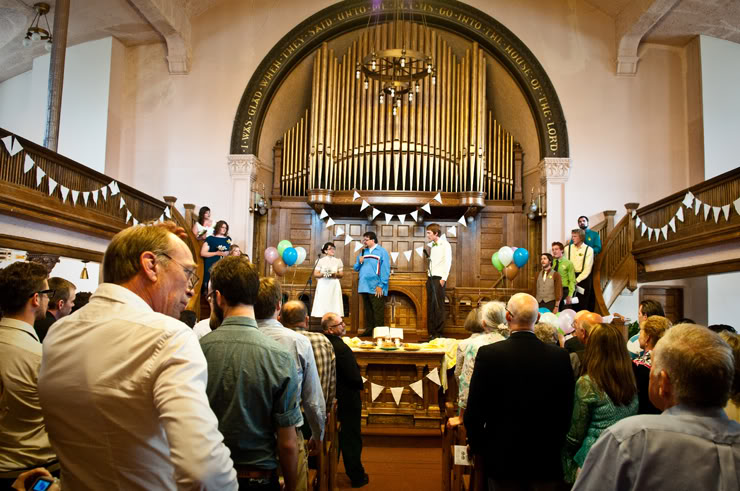 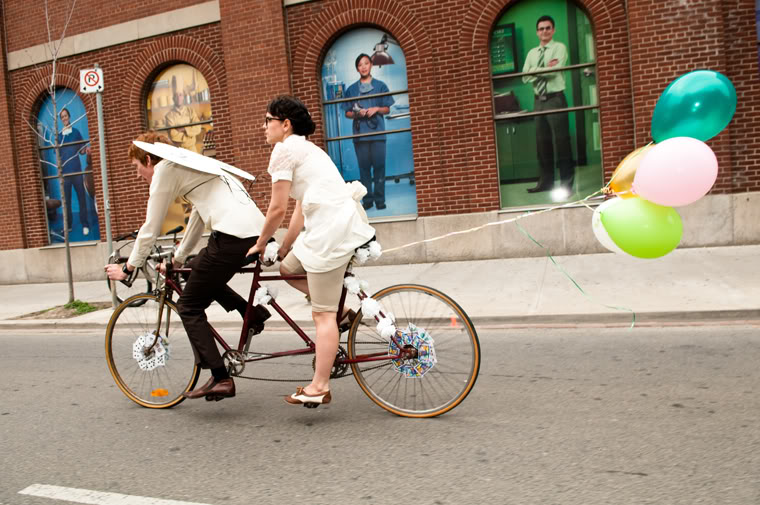 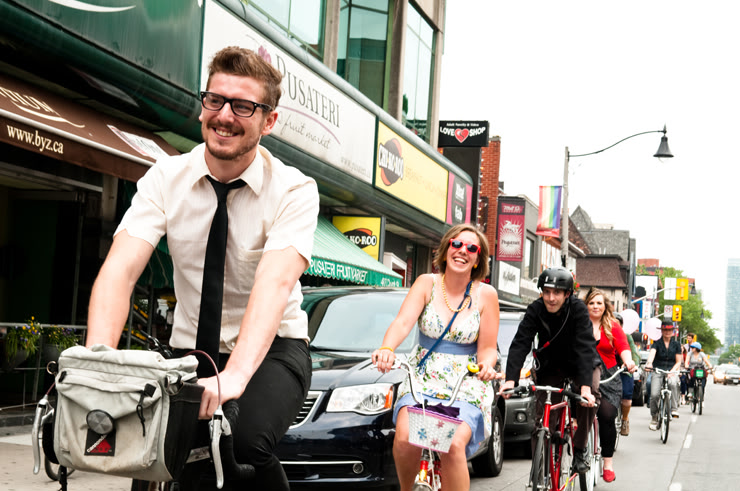 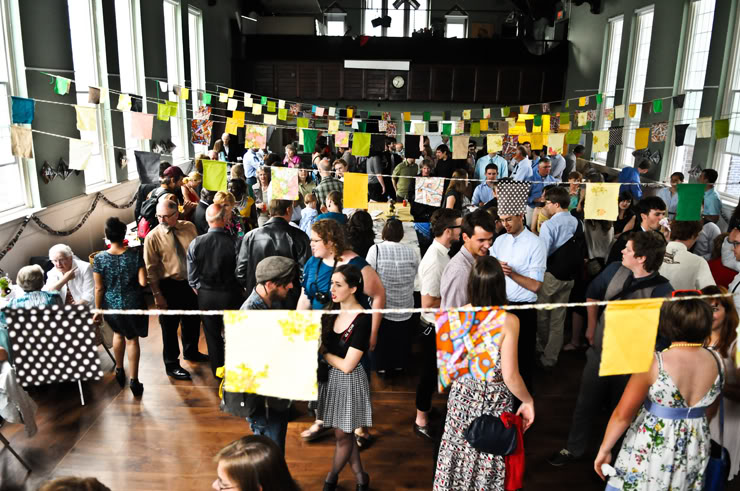 With scrap fabric, rope, and old t-shirts, I made prayer flags for the reception. After hours of making paper chains and paper flowers, these were a breeze! Tables were topped with paper bouquets and Sweet Ice Snow Cones were served before dinner. 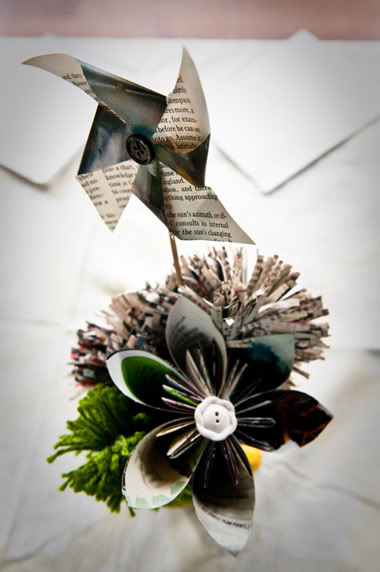 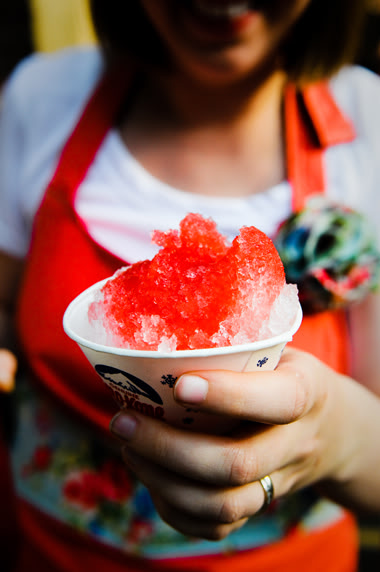 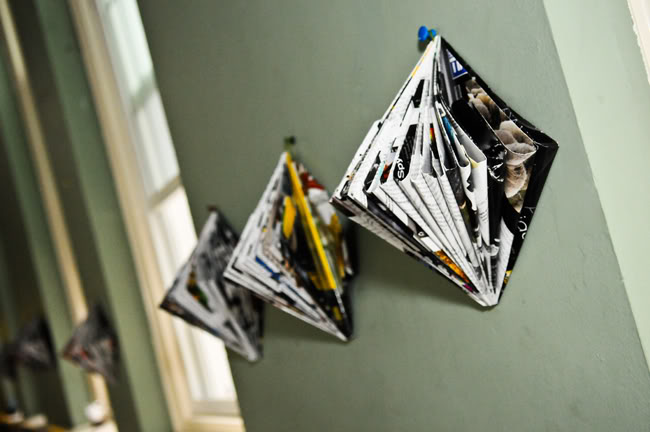 The walls were decorated with newspaper chains as well as 3D Diamonds - which were made out of old magazines, by folding the top of each page diagonally and tucking in the bottom half. 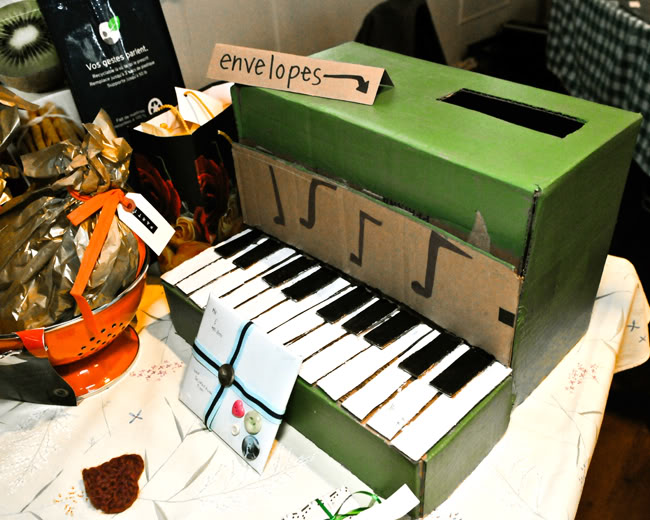 My husband made an adorable piano of cardboard for envelope gifts. 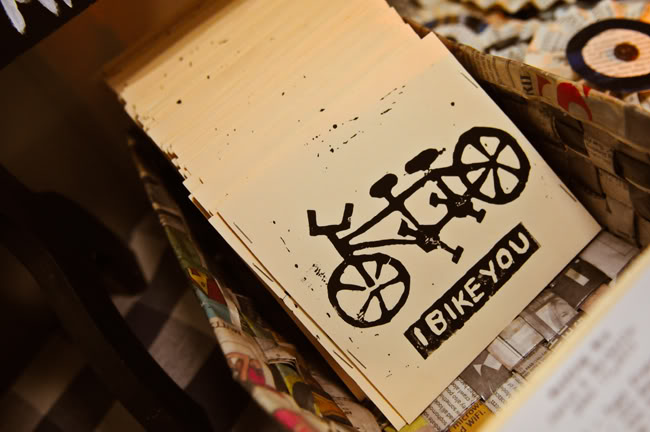 The main favours included wedding mix cds and magnet medallions. The cd cases were made out of salvaged file folders, on which I printed a tandem linocut. The medallions were made from said file folders, hymnal pages and magazines. They were displayed in hand-weaved newspaper baskets. 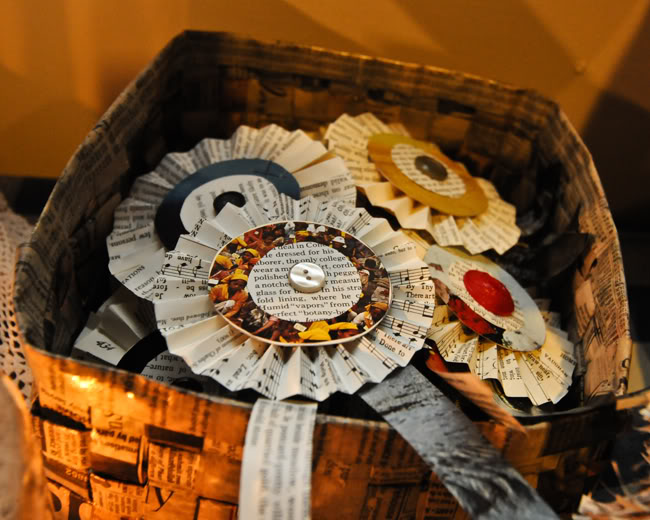 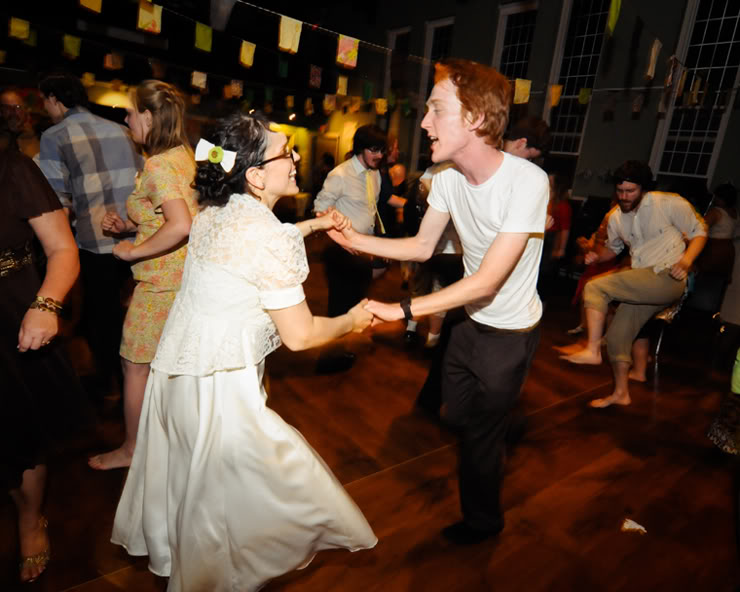 Photos were taken by Evan MacAlpine.
Posted by Michelle Drew at 10:50 AM

These are lovely, Michelle! What a fun blog. LIKE! And your wedding was a ball, to :)

You may also enjoy: